Cider, cross-dressing and Christmas cake: What you need to know about Wassailing (and why it's not racist) 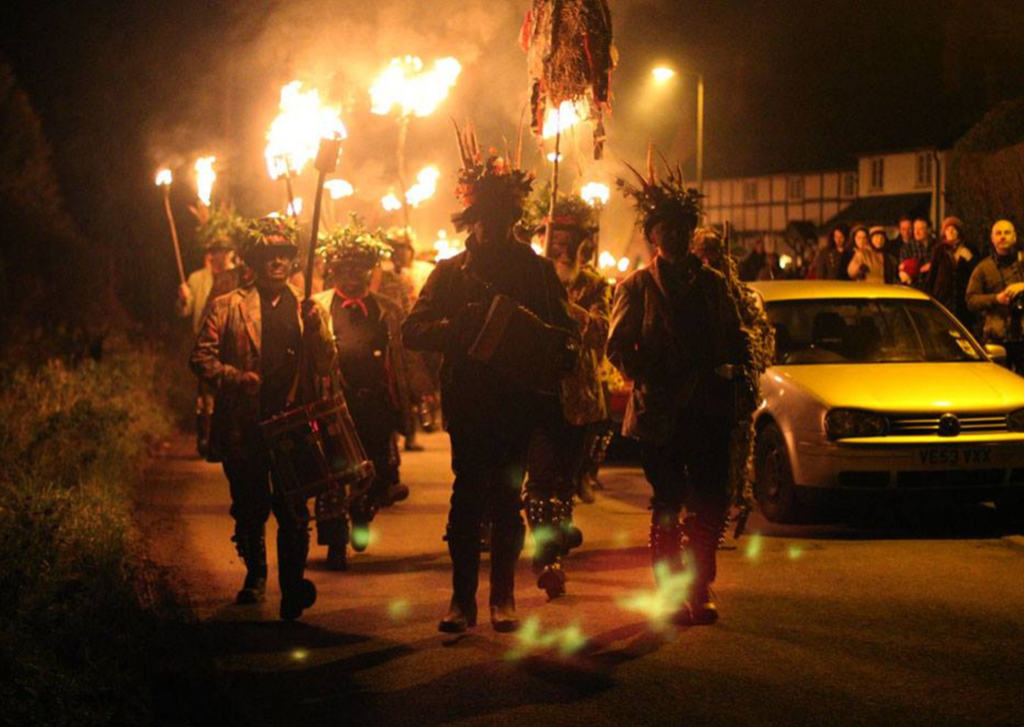 A raucous and rosy-cheeked winter tradition that goes back almost as far as apple trees themselves, no-one 'wassails' quite like the cider-making counties on the Welsh borders.

If you've never been to one, it's a proper knees-up alongside a programme of torchlit ritual meant to ensure a good haul in the coming harvest.

But these pagan parties have hit the headlines in for the wrong reasons in recent years following several festivals refusing to hire Mummers who continue to cover their aforementioned rosy-cheeks with soot. So we reached out to the Leominster Morris group for this brilliant explainer on all things wassailing - and to find out what that particular tradition means (and why a torchlit procession by a group of blacked-up men with sticks is not what it might seem). 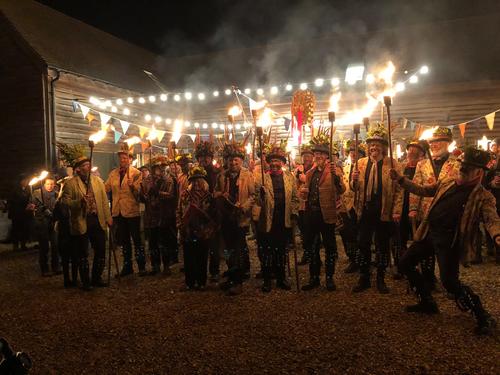 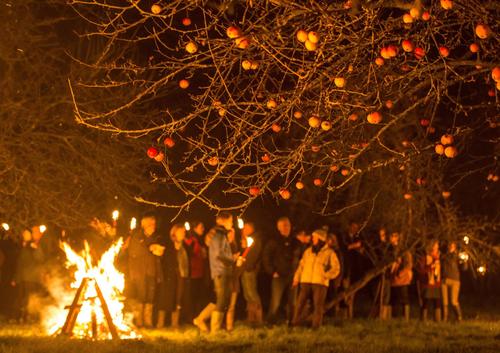 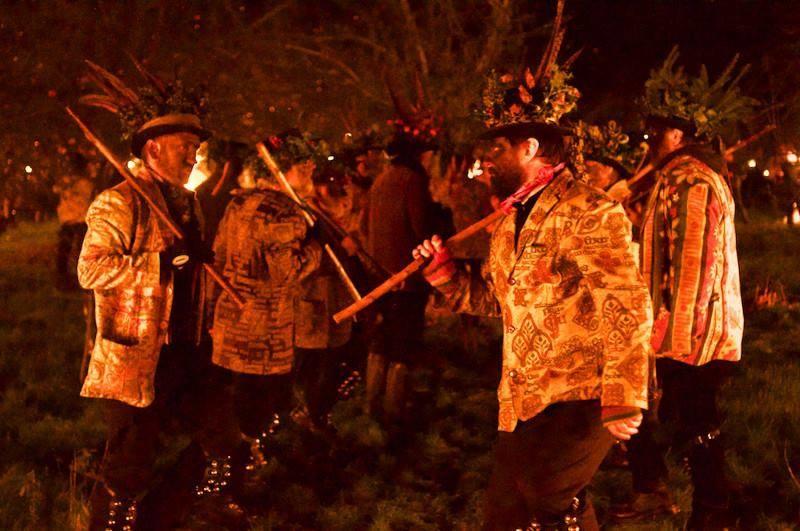 To find out more about the Leominster Morris and where to see them perform - head to their Facebook page here.

On Twelfth Night, in the darkest time of the year, it is traditional in Herefordshire to Wassail the apple orchards.  This is designed to ensure a good apple harvest and is a ceremony based around cider, fire, dancing, music and song.

It incorporates three main elements: Firstly, returning something to the chosen tree that the tree itself produced. This generally takes the form of the previous year’s cider being poured over its roots (the libation) and a slice of Christmas cake or toast that has been soaked in cider and is wedged into a suitable place in the trunk. The second element is the scaring away of evil spirits by firing a shotgun through the branches of the tree and generally making lots of loud noise beneath it.

The third element, in common with many midwinter festivals is all about bringing light into the darkness and the anticipation of the return of spring: the Herefordshire Thorn, constructed from a stem of hawthorn cut from a hedge, whose upper branches have been tied together at their very tips to form the framework of a sphere, which is then stuffed with straw and decorated with ribbons.

Having been paraded through the lanes to the orchard in a torchlit procession, it is put in pride of place near the Wassail tree and set alight (‘the sun reborn!’). Twelve large fires form a ring around the Wassail tree and represent time: months of the year, hours on a clock face, or possibly even the twelve apostles. A smaller, thirteenth fire (the ‘Judas fire’ or the ‘Fire of Renewal’) is built beneath the branches of the tree, set alight and then immediately extinguished.  This is the signal for everybody to light the ring of larger fires, and drink cider.

Accompanying all of this is music, Morris dancing and a Wassail song particular to the area.

The Border Morris style is traditional in Herefordshire and as historically (and perhaps still!), dancers would be a collection of labourers, ruffians and ne’er-do-wells, they usually wear dark clothes and smudge their faces with soot to make it difficult for their potential future employers to identify them in the darkness.

Having done their duty to the orchard, everybody repairs to the pub for the Mummers Play which portrays the battle between Good (St George, the Doctor) and Evil (Turkey Snipe, the Dragon, Black Prince of Paradise, Napoleon B) with a sprinkling of comic characters, a few topical references and a bit of cross-dressing!  All of this washed down with ale and cider and accompanied by whatever victuals the landlord can muster.

Credit for all images on this page: Leominster Morris/Facebook 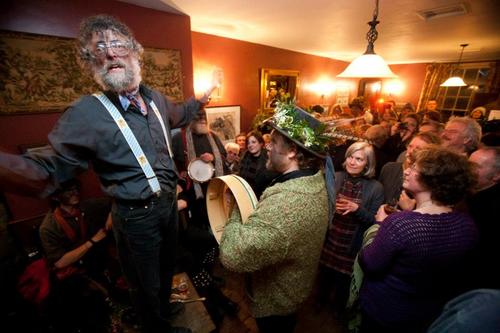 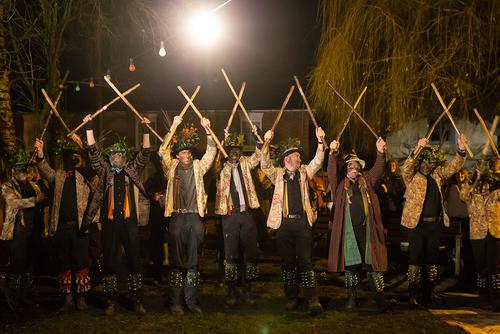