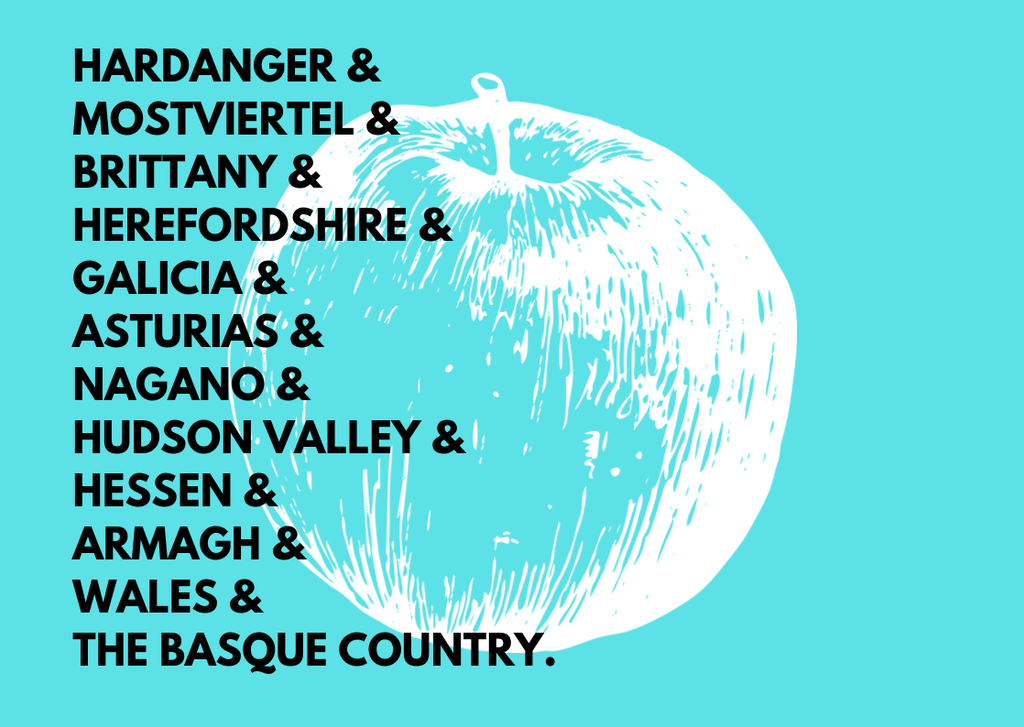 Like a boozed-up meeting of the Five Families, the Godfathers (and –mothers) of international cidermaking are heading to Herefordshire this weekend to talk and drink and eat and visit all things cider.

This is Ciderlands Herefordshire  – a two-day celebration of orchards and clinking glasses meant to showcase just what cider can mean to the rest of the world.

Our corner of well-tilled earth, thirty minutes from any major motorway, remains very much at the heart of the international cider-making industry. And while Strongbow pumps out thousands of litres of purple and gold cider to fill pint glasses in pubs across the world, the strength in Herefordshire cider – and the reason the inaugural Ciderlands is coming is here – is still its jaw-dropping number of smaller-scale makers, lovingly eeking the best drop out of the county’s favourite fruit, season after season.

There are a dozen delegations coming from Japan and Scandinavia and a lot of places in between – each with its own history and style of cider-making – and each promised a “full Herefordshire welcome”. Which, well, good luck.

The weekend centres on two big public events, both of which it’s worth getting a designated driver for. And maybe a spare shirt.

Kicking off the public proceedings is a Ciderlands social at Museum of Cider in Hereford.

The on-site cider bar will be pouring best of the local stuff alongside a showcase from each international delegation, all to the good-time, cider-swilling sounds of Ross band Whose Hands Are These. (Also: pizza).  And if pouring your cider in to a glass all sounds a little safe to you, you’re going to want to wander over to the demo at the Hawkes stand and have a go at ‘catching’ it mid-air, mid-stream, right in your glass just like the Sidra Natural-loving Basque boozers do. (Hence the suggestion of a change of clothes).

It's called the Txotx – just pronounce it ‘choach’ when everyone cheers together.

While you’re at the museum, and before you’ve Txotx’d too many times, you’re going to want to take a look at the new, groundbreaking exhibition that tracks the long, and at times complicated, involvement of women in cider-making.

We spoke to museum director Elizabeth Pimblett about the collection – which takes in everything from cider scientists to 80’s pin-ups – and you can read more about that here.

Day two sees the international visitors given a whistle-stop tour of some of the counties’ top cider spots, from pubs to producers, before it turns dark and the route leads back to Hereford for a Cider Banquet.

“It’s something that’s happening with win and whisky,” Westons’ Gemma Evans said. “It’s only right that we celebrate our regional cider makers in the same way.”

For the banquet – tickets here – the Green Dragon’s head chef Simon Bolsover has paired up a seasonal-with-a-twist menu with local ciders and perries, in a lineup that would make Henry VII blush and, hopefully send off some of the world’s finest cidermakers with a full stomach and a rosy, if hazy memory of Herefordshire’s heady food and drink culture.

"I hope that the legacy of this gathering of cider lovers will be an annual, public celebrating our heritage with the very Herefordshire people who make it what it is," said the Museum of Cider's Elizabeth Pimblett.

For more info, and to get in touch, check out the Ciderlands FB page here or follow them on IG here. 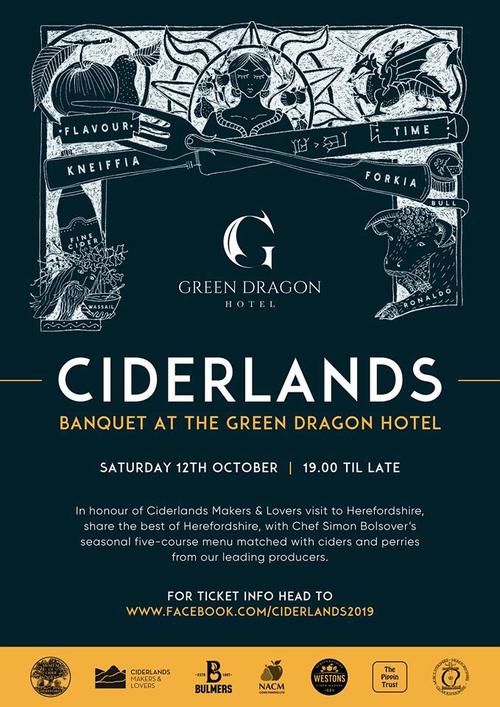 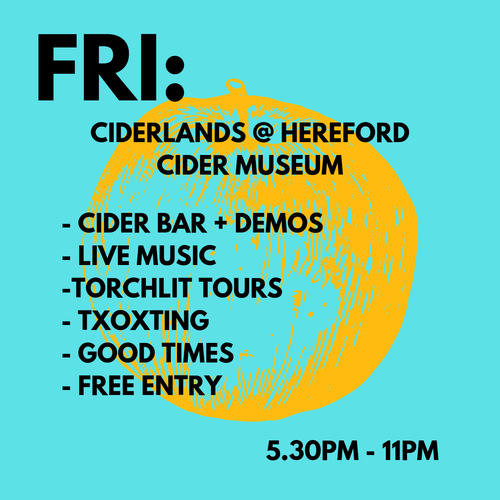 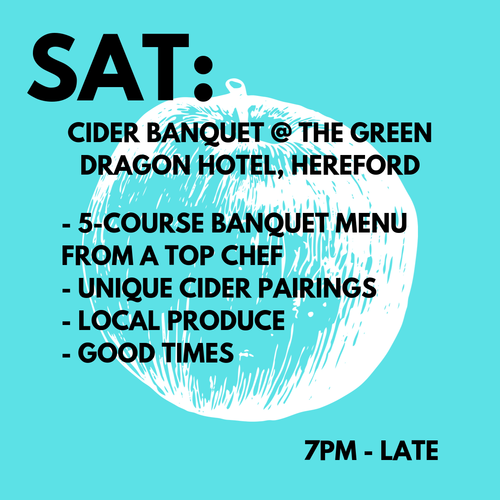