Women and the Art of Cider 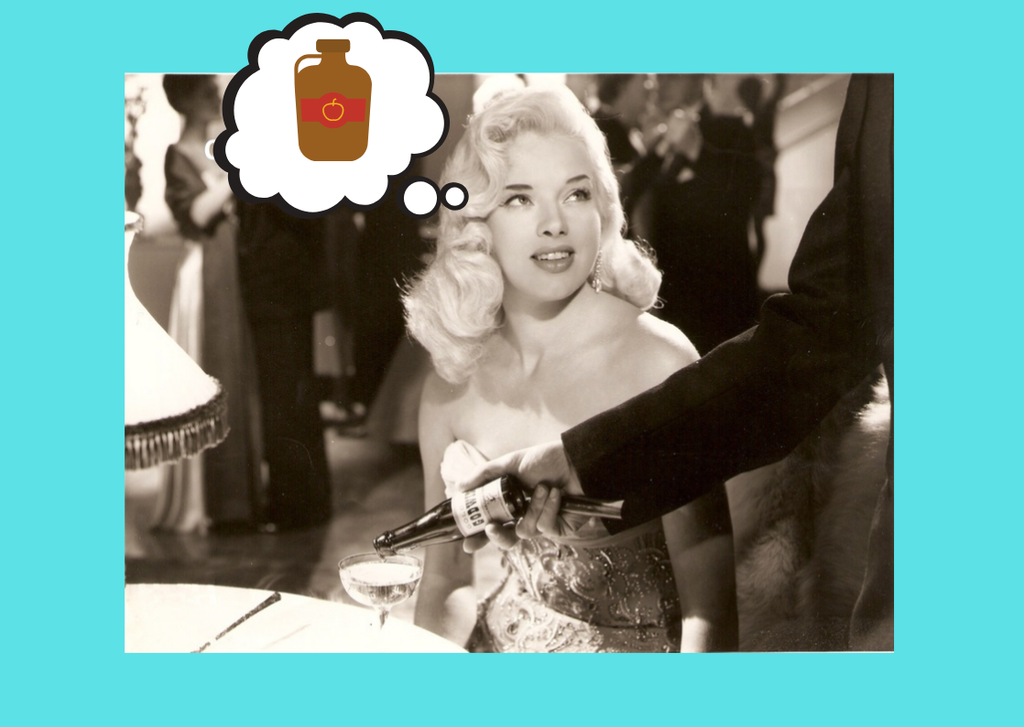 When the Cider Museum's curator reached out to other museums to pull together images and info for a standalone room on the role of women in cider-making, she ran in to one pretty sizeable problem: they just didn’t really exist.

The women did. From 16th century orchard workers to 1990s drinks tray pin-ups women have been a big part of the cider industry from the outset. But aside from a recent and modern effort to profile those women driving forward cider-making, you’ve got to dig pretty deep to put names to faces, and faces to accomplishments when it comes to women working with apples.

“I thought it would be pretty straightforward,” said Elizabeth Pimblett, the director at the Hereford Cider Museum.

“Then I started looking around, and it was incredible how hard it was to find information from other places. Historically, women were sidenotes.” 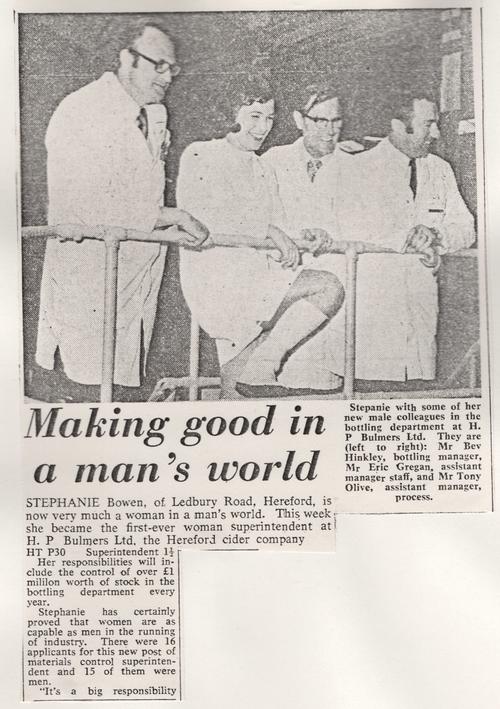 Thanks in a large part to a wildly extensive Bulmers archives, and the many hours of eye-straining research by museum staff, the museum has put together the story of women in cider (which is quite possibly a rejected Strongbow ad campaign from the 90s), and helped explain why so often women at the heart of cider-making were omitted from the story of it.

Tracking the industry through the years – the centuries – you can effectively split it in to two eras.

You have one incredible section covering cider’s modern marketing, pinpointing the shift away from its rustic, rural depiction of rosy-cheeked orchard workers, to glammed-up, suits-and-champagne-glass style of 60s Pomagne and Babycham advertising. That’s then quickly followed by the sexed-up ads of the 70s and 80s, and the Lad Mag culture of 90s and That Iconic Jerry Hall Strongbow campaign.

Set side-by-side it becomes painfully obvious how few marketing campaigns in the latter half of the twentieth century were drawn up with women in mind. At best, they’re being handed a glass. By a man.

“Fifty percent of cider drinkers are women,” Elizabeth said, standing next to a brilliant, faux-50s poster with the word REAL WOMEN DRINK REAL CIDER (we don’t need none of that fake, fruity stuff).

“Before the 70s, there was a softer edge to it. There was marketing to both men and women. I’m still not sure who thought it was a good idea to ignore half of your customers – but there’s a lot of advertising that it’s pretty uncomfortable to look back at now.”

New anti-sexism guidance has meant that when a cider like Slack Alice is launched with the strapline ‘A little tart’, it at least starts a conversation within the industry. And that’s an industry that’s now headed by a number of female voices – from Weston’s Helen Thomas  and Little Pomona’s Susanna Forbes, to Polly Hilton, Rosa Fletcher and Sally Perks. 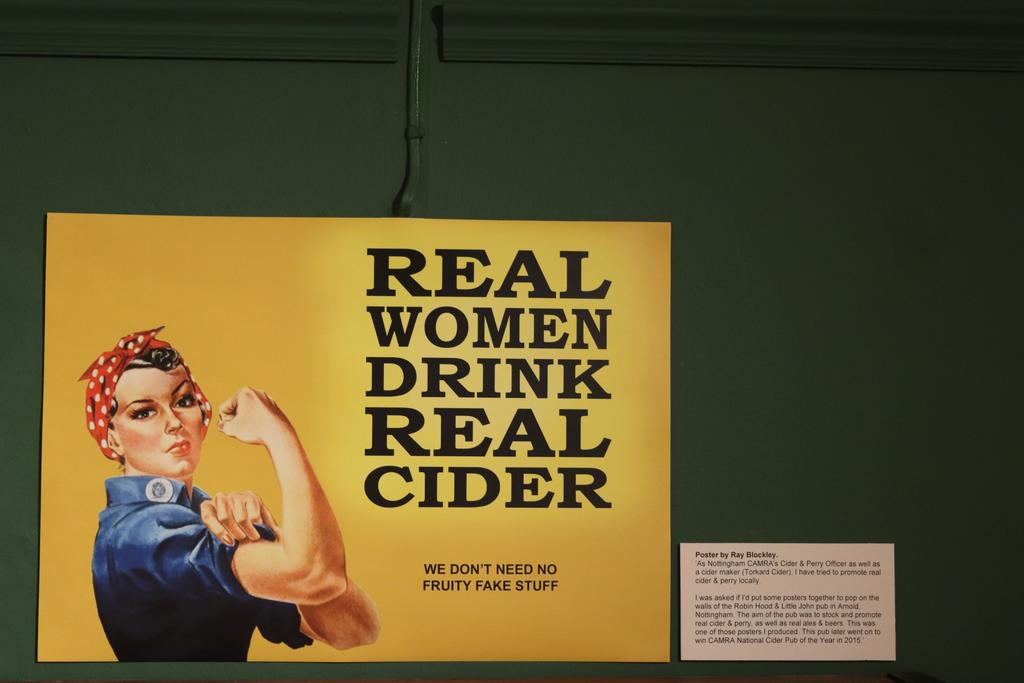 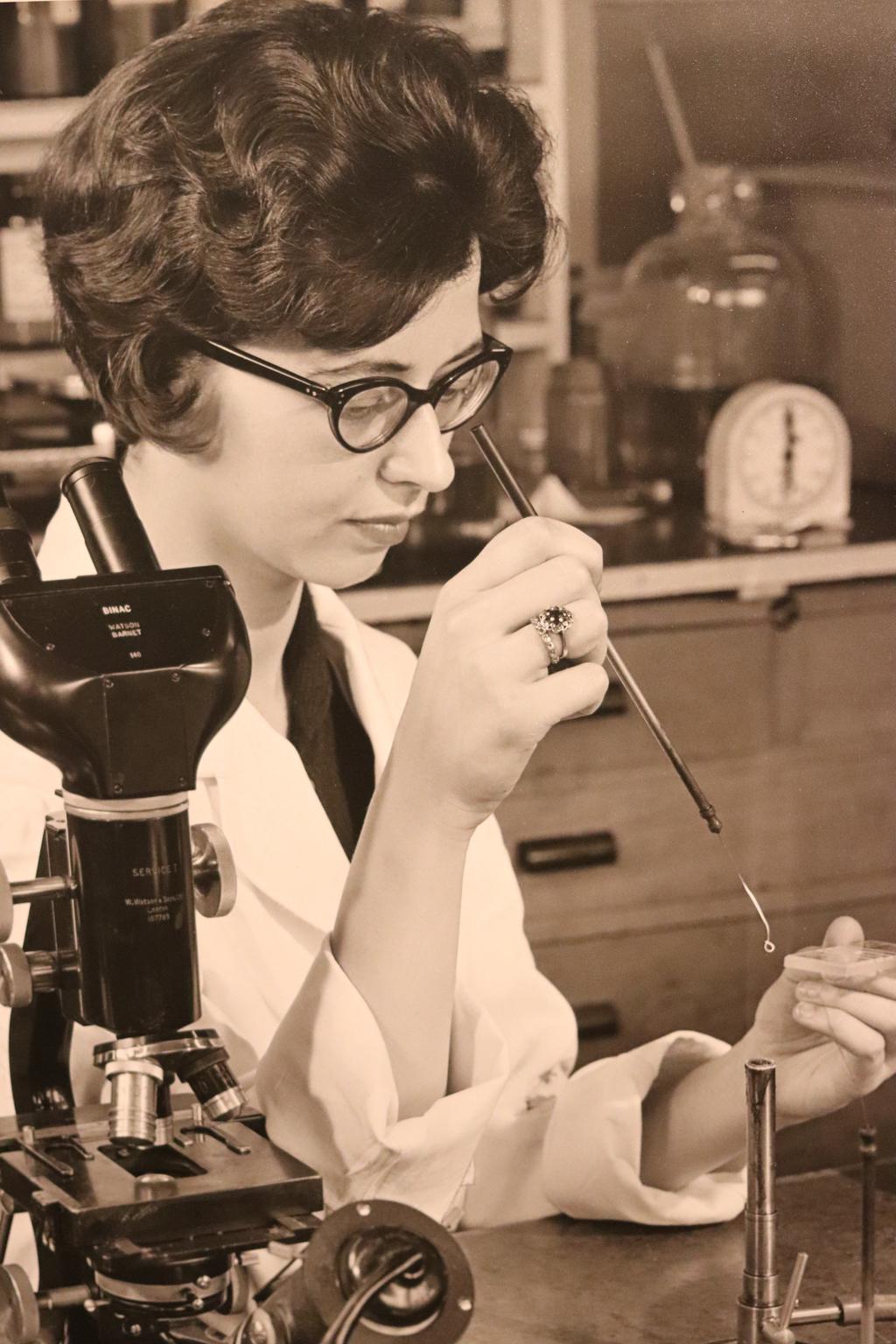 Coming long before all of that, the exhibition starts out looking at cider’s roots in the faded eras of rural Victorian and pre-Victorian Britain with its kept women and overt hierarchy. The famed collection of groundbreaking amateur natural scientists that formed the Woolhope Club, for example, were, in very literal terms, a boys’ club.

It was a closed door even to the daughters of the wealthy. And yet, arguably the club’s most enduring study, the Herefordshire Pomona – an illustrated document of apples varieties so extensive that it continues to be used for reference today – was painted by women.

“Painting was something – one of the few things – seen as acceptable for a young lady to do in that era,” Elizabeth said.

Artists like Frances Stackhouse Acton, Edith Bull and Alice Ellis painstakingly recreated every leaf, every stalk and produced what was at the time the definitive bible on apples.

They were unpaid. They were largely unremarked upon in any written history of the work until the wife of wealthy club member pushed for their recognition. It came, it the next meeting’s minutes, but barely.

From lab-coated apple scientists in Somerset to the Bulmers bottling line to Big Apple founder Jean Nowell, this exhibition does an amazing job of chronicling some of the women that followed and pushed cider-making to where it is today.

You can see it at the Hereford Cider Museum during normal opening hours for no extra charge – or if you’re at the Ciderlands event on Friday night, you can go and have a look then. To stay up to date with everything going on at the Cider Museum, like them on FB here. 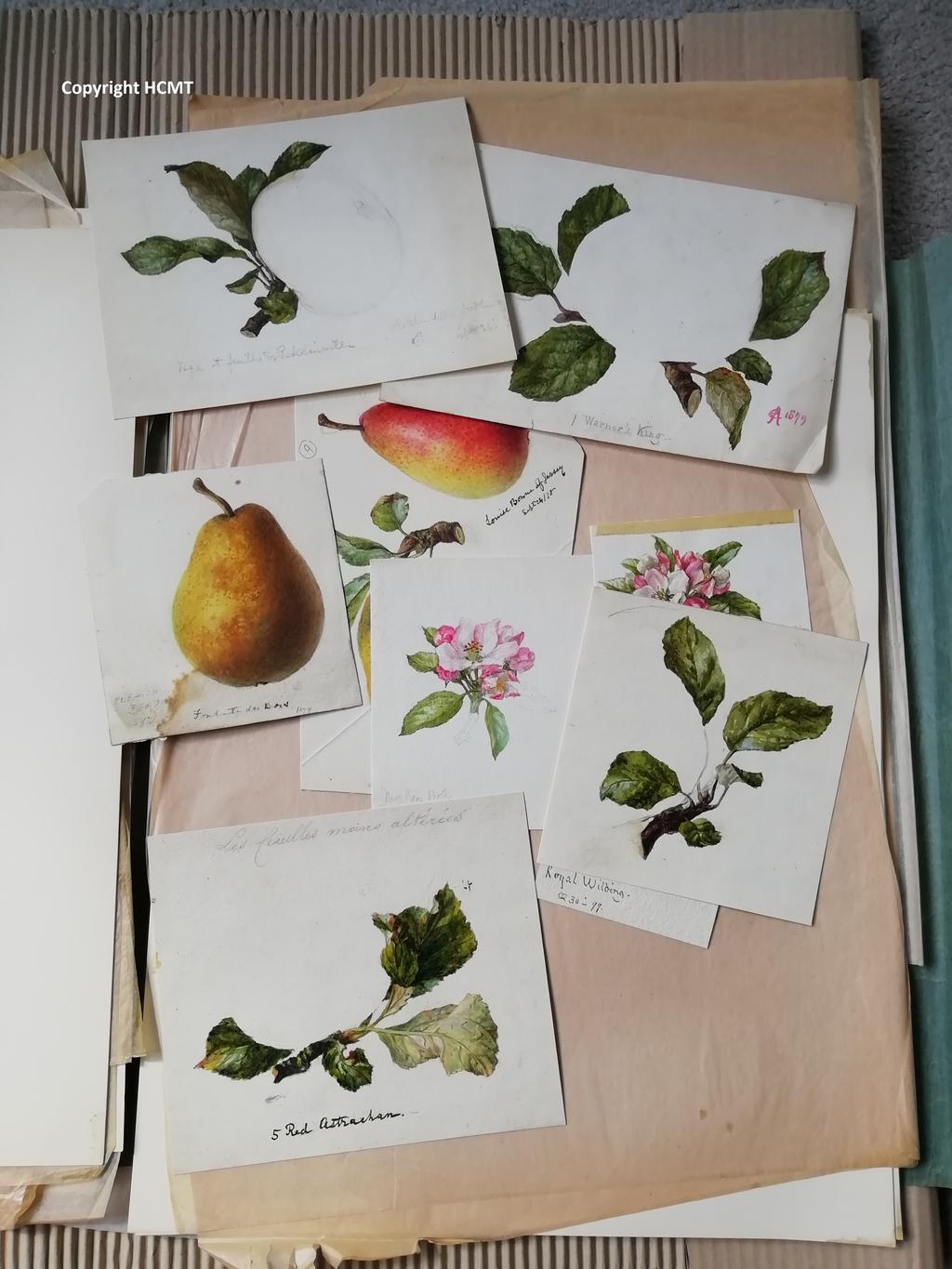 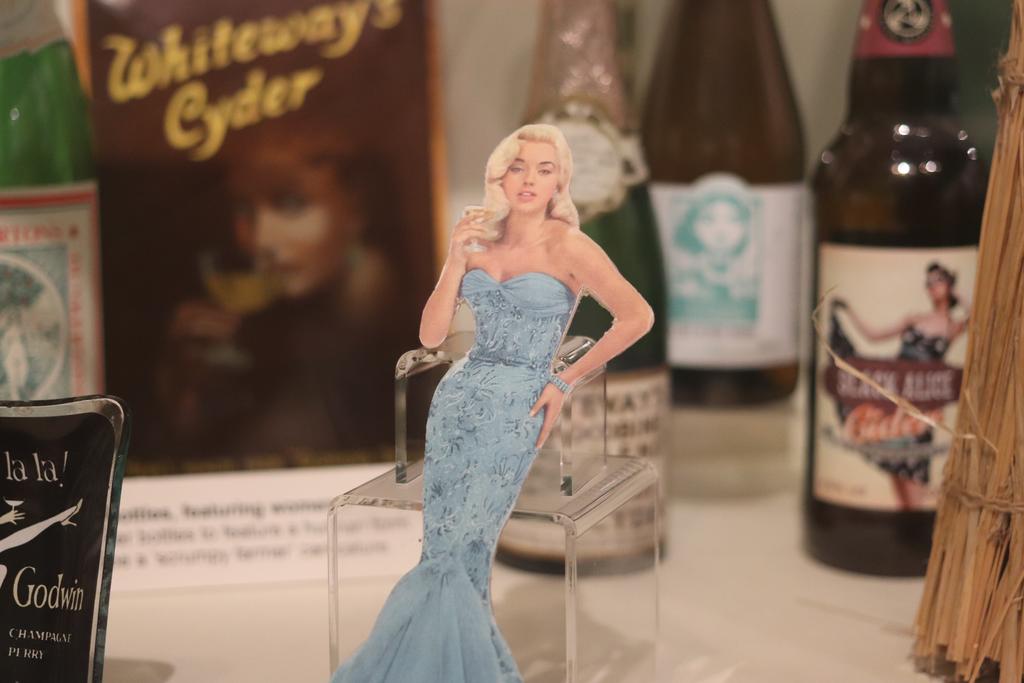