Hay Festival branches out with its new-look branding 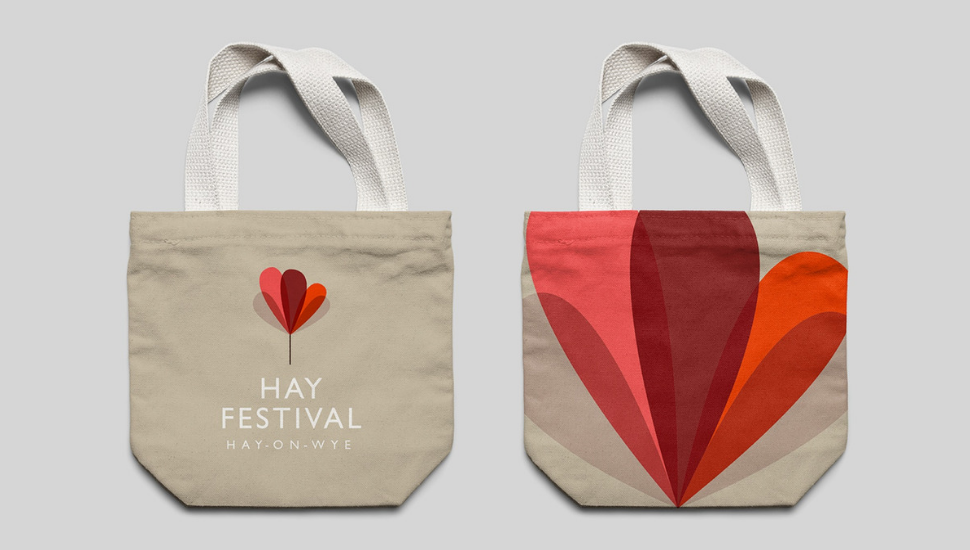 Hay Festival just got a new look. The rebrand by design firm Pentagram was about broadening the horizons of a festival that these days reaches far beyond the border town.

Marina Willer’s idea to build the design scheme around trees – and notably around branches – taps in to the expanding network of Hay Festival’s festivals, which now includes events in Mexico, Spain, Peru and, by 2020, Colombia.

From Pentagram’s website: “Hay Festival asked Marina Willer to help them better express the brand they had already established. The challenge was to create an over-arching brand identity that could cover the various dimensions, geographies and channels they now include.

“The outcome is a rich visual system where a colourful tree with many branches represents a family of Hay Festival editions.”

Like anything these days, festivals don’t finish when the canvas gets rolled up in to the back of the van. Hay is online. And online never sleeps.

Part of this rebranding was meant to link Hay’s IRL festivals – like the ones that the *cough* increasingly-problematic Bill Clinton attended a few years’ ago – with its wealth of online video content hosted on the Hay Player. Click through to the player and laid behind videos of everyone from Margaret Attwood to Maya Angelou talking from festival stages, you’ll see a simplified version of the new logo.

Marina said: “We were delighted to be offered the opportunity to work with Hay Festival and to take on the challenge of creating a single visual framework for an organisation fixed in plurality.

“We set out to create a visual language and system to express more clearly the organisation’s activities and what connects them.” 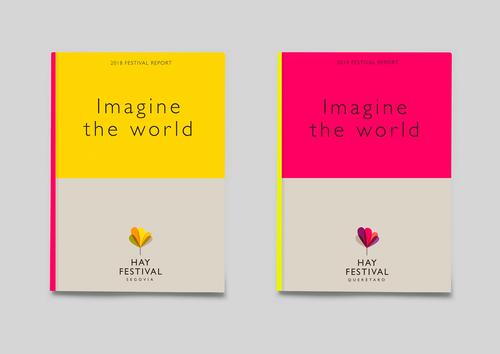 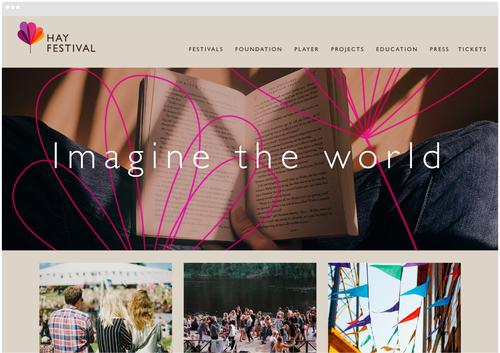 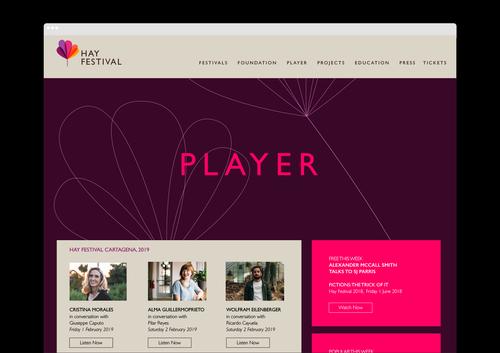 Those activities include the Hay Foundation, and as Hay’s international director Cristina Fuentes la Roche has hinted at, “exciting new developments… over the next 12 months from new activities at our roots in Hay-on-Wye to exciting new offshoots around the world.”

She added: “This is a new look for a new Hay Festival era. It has been a pleasure working with Pentagram to build a brand architecture that reflects all we do and resonates internationally.

“[We] look forward to doing so now in style.”

She’s not wrong. Put simply, it looks cool. Head to Hay Festival’s site to check it out for yourself, and while you’re there take a look at the first few names announced for the 2019 lineup (including Michael Rosen and Jimmy Carr) and this week’s free film on Hay Player on how history’s economists might still save us.

Oh, and check back on Tuesday for the small matter of the full lineup announcement.