What books *should* young people read? These ones, according to Hay Festival 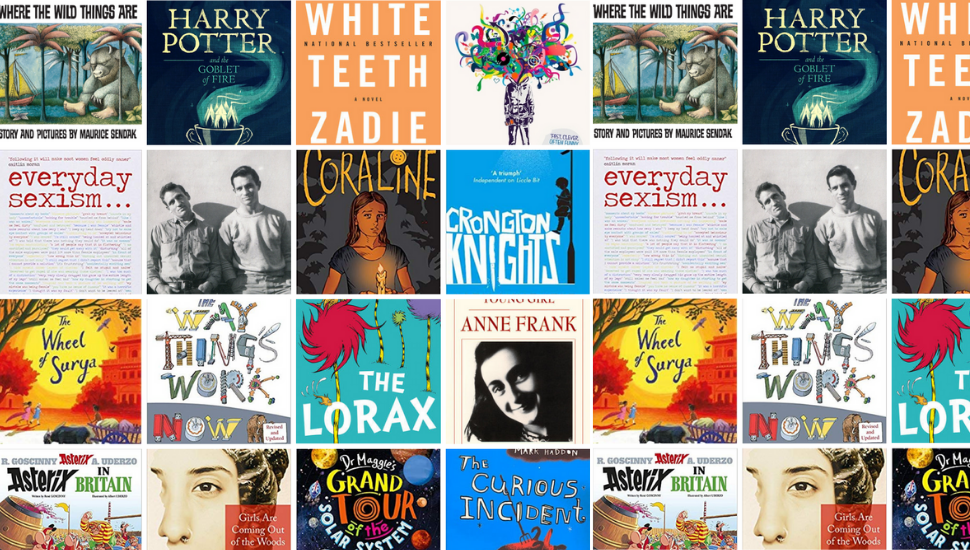 Reading for pleasure is the single most important indicator of a kid’s future success, according to OECD research. That same study also suggested that picking up a book at a young age can help with all kinds of other things like increasing empathy, reducing the symptoms of depression and deepening relationships with others.

Unless of course those others are all off playing Fortnite and watching slime vids together on YouTube.

Either way, on the eve of the 32nd Hay Festival – the Super Bowl of book-reading if you will – the organisers and the Times Educational Supplement have published an essential list, drawn from suggestions by the public over the last year, of the most inspirational books for young people.

It’s split in to a Primary age-group featuring poets, Potters and inter-planetary scientists, and a list for older young people that sees Obama lining up next to Irvine Welsh. Likely for the first time.

Pretty much every text on here is going the young people in your life tearing through the pages in a way that might even make them forget about their phone for five minutes. And yes, the Harry Potter series is in the Primary Age category rightfully shaming any of you fully-grown adults who still cite it as your favourite work of literature.

There’s even an all-star panel chaired by Festival chief Peter Florence and featuring among others Tishani Doshi, Philippe Sands and former-TES editor Ann Mroz debating the list on Monday. And when I say debating, I do mean justifying how The Odyssey made the list when you can just go and watch the far superior 2004 Brad Pitt classic Troy.

The Snowman by Raymond Briggs

Overheard in a Towerblock written by Joseph Coelho, illustrated by Kate Milner

So Much written by Trish Cooke, illustrated by Helen Oxenbury

How to Train Your Dragon (series) by Cressida Cowell

The Promise written by Nicola Davies, illustrated by Laura Carlin

Lost and Found by Oliver Jeffers

Julian is a Mermaid by Jessica Love

A Monster Calls by Patrick Ness

The Chronicles of Ancient Darkness (series) by Michelle Paver

The Boy at the Back of the Class written by Onjali Q Rauf, illustrated by Pippa Curnick

Where the Wild Things Are by Maurice Sendak

The Lorax by Dr Seuss The Complete MAUS by Art Spiegelman

The Hobbit by JRR Tolkien

We Should All Be Feminists by Chimamanda Ngozi Adichie

The Handmaid's Tale by Margaret Atwood

Noughts and Crosses by Malorie Blackman

The Perks of Being a Wallflower by Stephen Chbosky

Girls Are Coming Out of the Woods by Tishani Doshi

The Slave Dancer by Paula Fox

The Diary of a Young Girl by Anne Frank

The Wheel of Surya by Jamila Gavin

You Got This by Bryony Gordon

The Odyssey by Homer, translated by Emily Wilson

Dr Tatiana’s Sex Advice to All Creation by Olivia Judson

On the Road by Jack Kerouac

Dreams from My Father by Barack Obama

How I Live Now by Meg Rosoff

Nothing by Janne Teller

The Hate U Give by Angie Thomas

Aarhus39 Quest & Odyssey: Stories of journeys from across Europe by various authors

Why Be Happy When You Could Be Normal? by Jeanette Winterson

We Are Displaced: My Journey and Stories from Refugee Girls Around the World edited by Malala Yousafzai

View the full list with title descriptions at hayfestival.org/wales/books-to-inspire.aspx.