Why it pays (millions) to have Hay as a neighbour 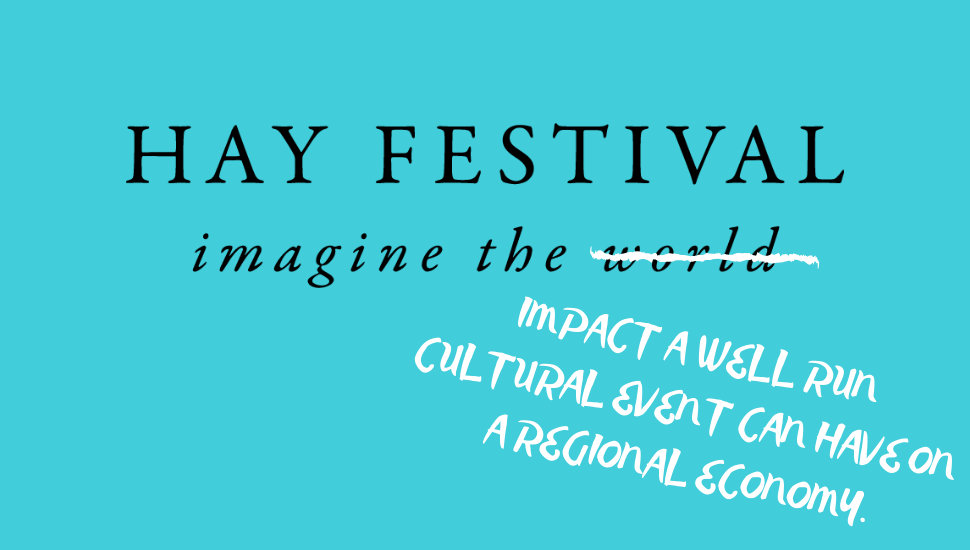 The arts and culture industry isn’t some fluffy, lovely, worthy-but-trivial thing. It’s just that – an industry.

The film business alone contributed more than £6.1bn to the UK economy in 2016 – and given that was a 20 percent rise on 2015 – likely kicks in far more today. For context, that’s the equivalent of the entire GDP of Monaco.

And this week we got a reminder of what arts done well can mean to a smaller, regional economy.

The 2018 festival – which lasted just eleven days – brought in £25.8m to Hay and the surrounding areas (anywhere within 30 minutes drive of the border town).

The festival’s development director, Maggie Kerr, said: “Every year during festival week Hay throws its doors open to the world.

“Our research shows how valuable these visitors are to the town’s economy and how important the warm welcome they receive is to their experience.”

We put some of the more eye-catching numbers in to a series of infographics to help explain how, and how much, the Festival can boost the economy of the region. 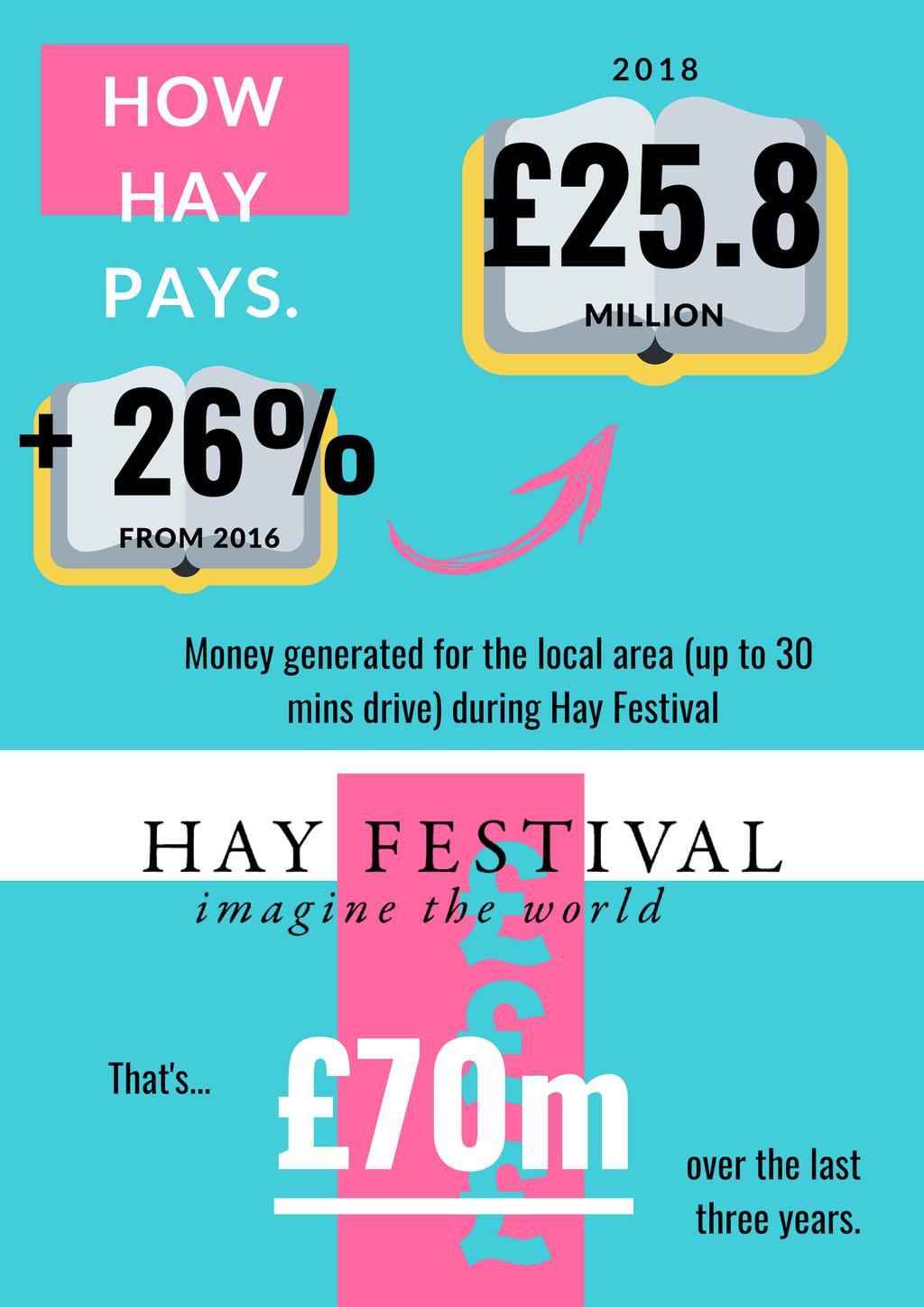 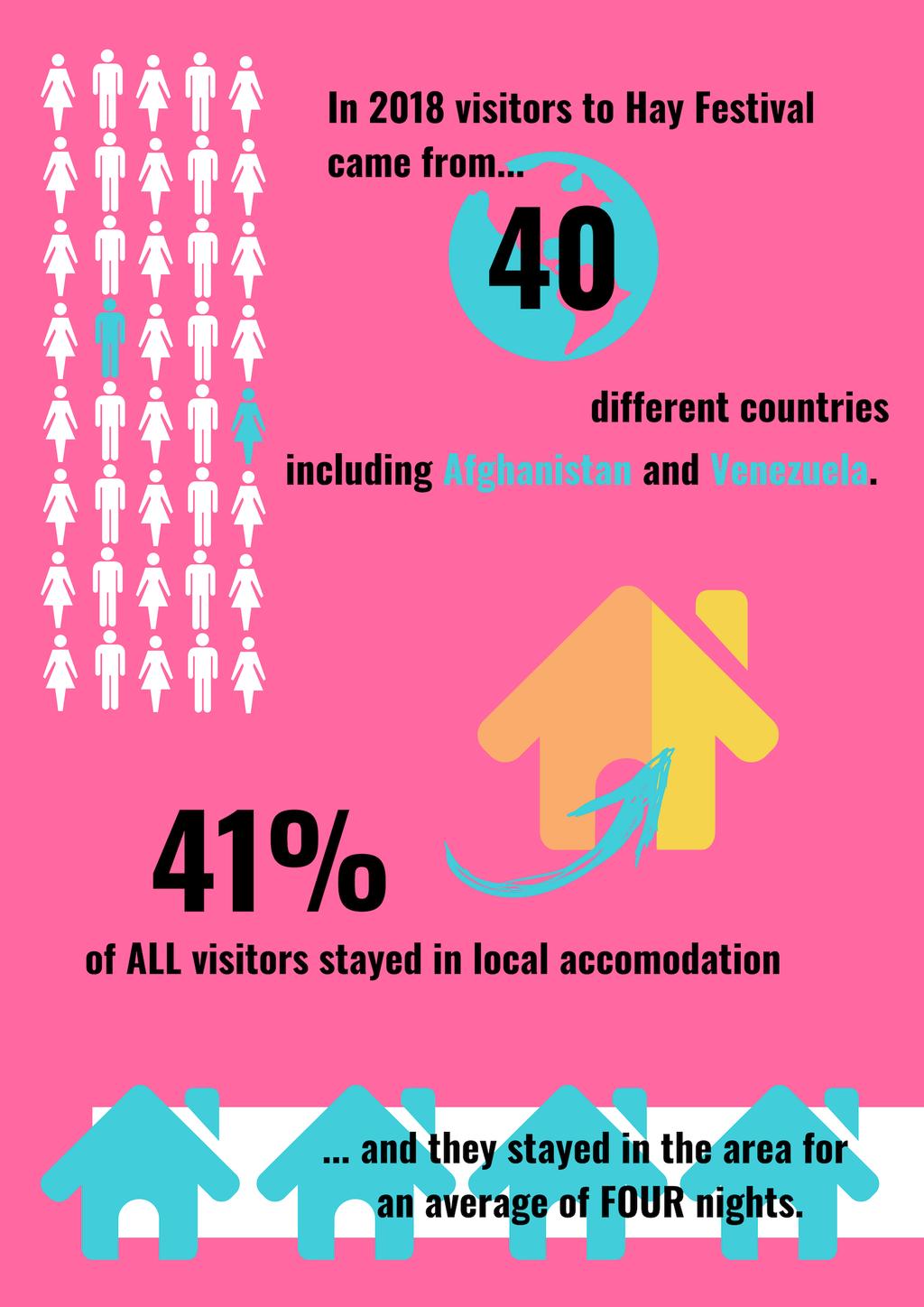 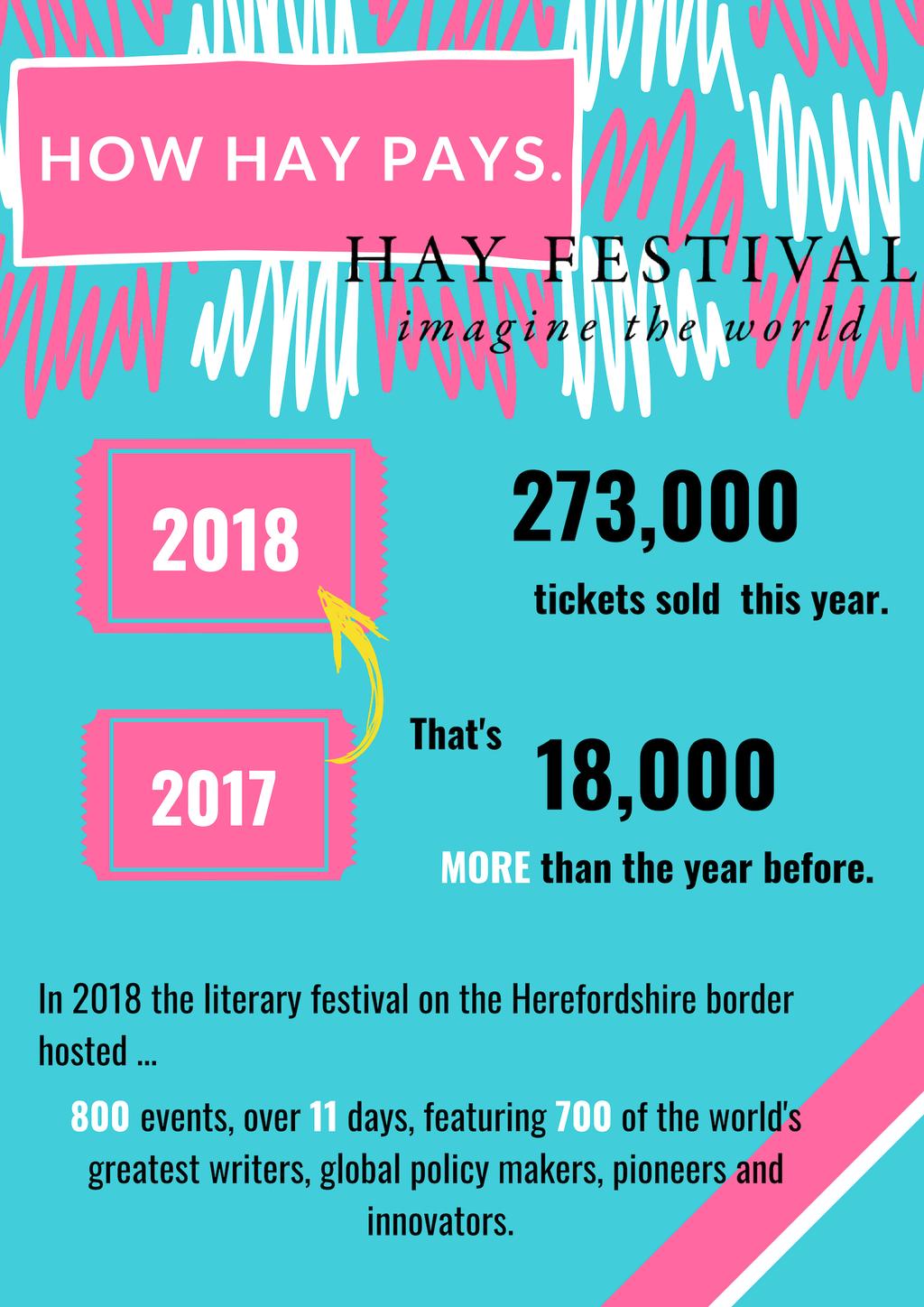