Could Hereford soon have an Artists and Makers Quarter?

Are there any benefits to bringing artist studios and affordable housing together? Plenty, according to Hereford Community Land Trust, whose proposal for just that in the historic core of Hereford City is persuasive if ambitious.

Hereford is home to one of the 225 community land trusts in the UK. In essence CLTs seek to put community needs ahead of profit. As house prices rise and private rent soars, their movement promotes (and lobbies for) community-owned housing and land. This potential fix for the UK’s failing housing system has already seen locally-based groups, both rural and urban, build permanently affordable energy efficient homes in places where average families would other-wise be locked out of living.

In summer 2020 Hereford CLT published the ‘Hereford City Centre Historic Building Report’. The study researched and then ranked historic buildings available for potential development, and concluded that shared facilities would not only provide affordable housing of the CLT-variety but support the city’s well-established and growing creative sector. The result? A pretty exciting plan to develop an Artists and Makers Quarter in the Aubrey Street / Berrington Street area of the city.

The Quarter would “provide an innovative base where artists and makers can work and share ideas, exhibit and sell their work”. Early-career creatives would have the option of living in, alongside their studio/messy maker space.

“We ran a survey in 2021,” says Andy Johnson, a Hereford CLT member whose commitment to the plan keeps it moving forward.

“That showed there was, and there still is, a lot of interest. A number of people who took part were living in private rented accommodation and would much prefer to live in affordable well-looked after homes.”

There have been different sites on the table - one building became available but proved too expensive, and Hereford CLT just missed the deadline to apply for funding via the Government’s Towns Fund Scheme. There’s a City Council-owned space that Andy mentions but right now, as spring 2022 approaches, all sights are on the former bingo hall in Berrington Street. 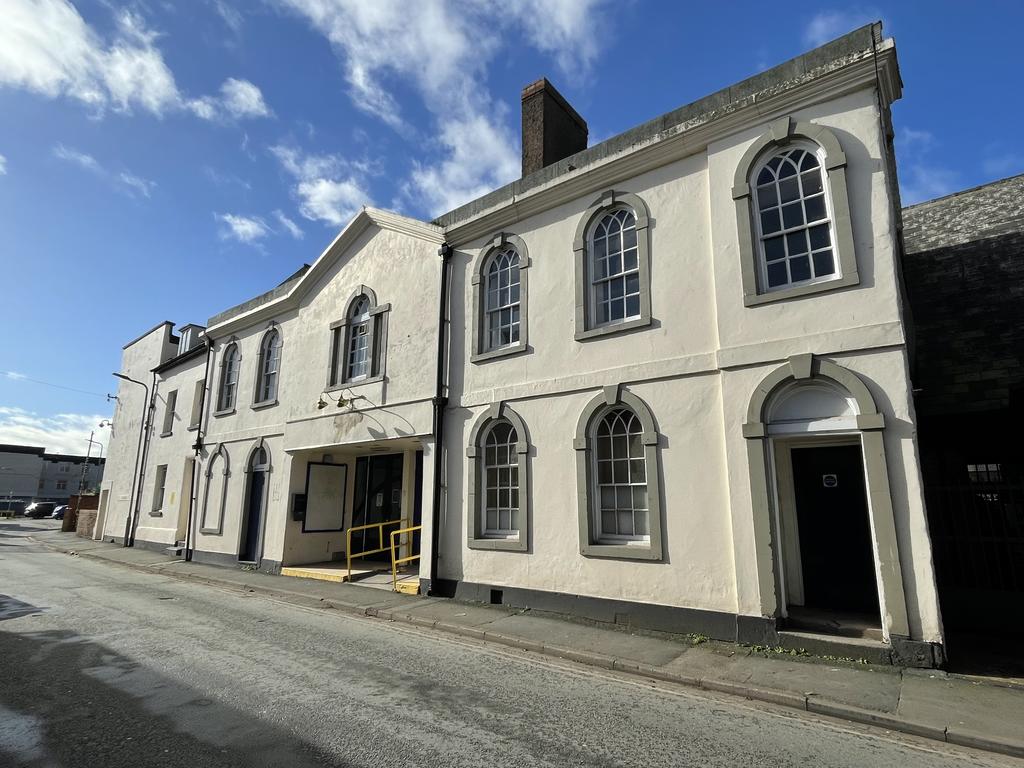 "Elements of the building are listed, but a lot of what is listed is open space," says Andy.

"There was a Countess of Huntingdon chapel in there. There's the 19th century staircase and then the bit that most likely people will want to retain is the facade. But there’s a huge amount of space that can be used for both housing and workspaces and facilities for artists and makers. As there’s no natural lighting to most of the site at present it will mean significant work - a redesign.

"A Community Land Trust often has to find the least easiest site because if it's easy, a developer will step in and do something with it. Most sites that community land trusts have developed elsewhere have been because there's an owner that's happy to wait - they’re not necessarily motivated by the maximum open market price, or they're keen to see the land used for real benefits, for community benefit. Others have been rural exception sites for housing local people."

So what next? "Keep it up, and build the head of steam," says Andy, who’s keen to reconnect with the 120 people who took part in the survey - the painters, printers, jewellers, designers, pho-tographers, ceramicists, woodworkers, performers, publishers, content makers and metal work-ers - 95% of whom said they’d be interested in a workspace, and 33% who were interested in affordable housing.

As for acquiring the old bingo hall, Andy’s working closely with a Hereford property developer and Citizen Housing Association. The idea of a Quarter is supported by Hereford College of Arts, Rural Media and Hereford MAKE, the change it would bring about is entirely aligned with the Herefordshire Cultural Strategy 2019-2029.

And Herefordshire Council is engaged too, with Andy ready and waiting for Hereford CLT to be consulted as part of the Hereford Masterplan update led by David Ubaka.

If you’d like to know more about the Artist and Maker Quarter plans, head to www.herefordclt.org.uk/project/artists-and-makers-quarter.