What do our reactions to Notre-Dame tell us about how we feel about historic buildings? 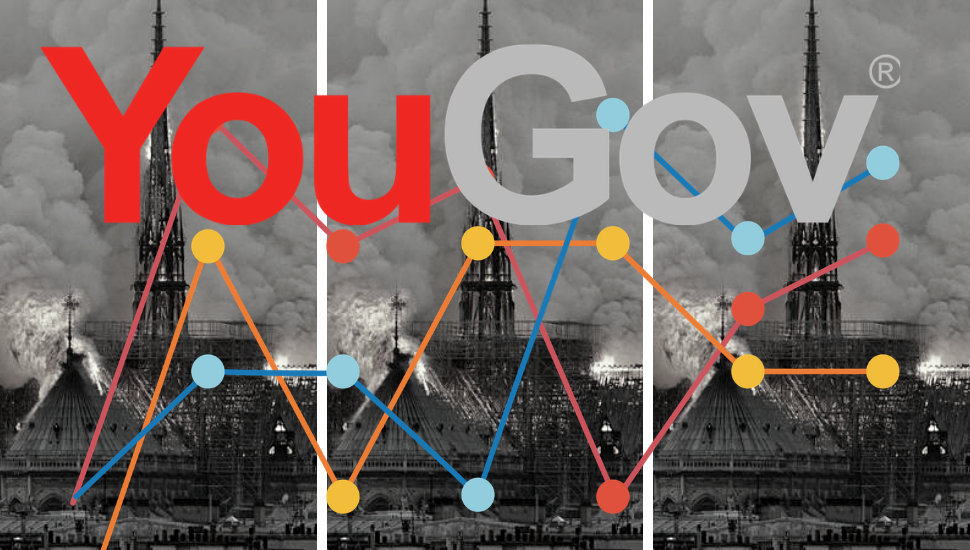 The unmitigated tragedy of the Notre-Dame fire has given rise to a discussion about how we feel about historic public buildings.

As the scale of the damage became evident donors from across France – and across the world – pledged funds to help in the rebuild of a cathedral seen as so central to Paris and French identity that Victor Hugo referred to it as “rather the offspring of a nation’s effort than the inspired flash of a man of genius”.

In response, pollsters YouGov ran a survey in the UK to see how we feel about our own iconic buildings.

It asked UK residents the question: “Do you feel an emotional connection to certain historic, important or special buildings in your area?”

The results were mixed but skewed towards the positive.

47% said they do feel an emotional connection to a historic building in their area, compared to 40% who didn’t (13% responded ‘don’t know’).

When you break it down by area The Midlands/Wales residents were the least likely to have a connection to a building, with just 45% saying they did, compared with 44% who didn’t.

Nationwide the results showed a clear difference among social groups. Respondents from a more affluent social grade were almost 10% more likely to feel a connection with an important local building. 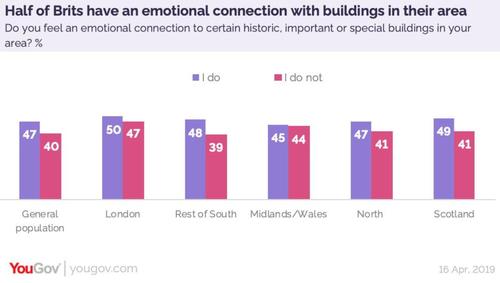 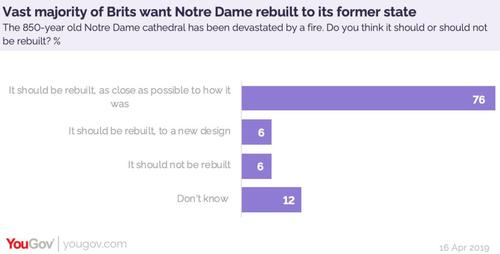 Results like this are always influenced by sample size and, importantly, what people themselves consider to be ‘a historic, important or special [building]’.

Yes, that could be a Hereford Cathedral. But could it also be your local pub, or your village hall? Could it be a boxing gym that was built 40 years ago, but doubles as the hub of a community and somewhere you visit regularly?

We’ve put a poll on Instagram today, and we’ll be doing a few more over the next few days, because we want to see you think on the issues YouGov is raising around heritage sites.

As part of the Great Place project we are awarding grants to community groups and any local organisations who want to shine a light on their own place of importance – wherever and whatever that is.

The My Place grant helps a group work with an artist or someone involved in the creative industries to make something special that represents something about that place, and hopefully helps push up the number of people who might have an emotional connection to it.

Click here for more info on My Place grants.

Another question included in this YouGov survey had a more definitive answer. When asked if the “850-year old Notre-Dame cathedral…should or should not be rebuilt”, respondents were emphatic.

Firstly 82% backed a rebuilt but – and this is where it gets interesting – 76% of people want it restored as close as possible to how it was (which in turn led to a weird Twitter story about oak trees in the Palace of Versailles).

Just 6% want it rebuilt to a new design – a number that remains broadly the same regardless of region, sex or political affiliation, only rising (and then only to 12%) among the 18-24 age group. This means there's going to be a lot of people unhappy with the global architecture competition, launched today, to design a new spire.

Weirdly 6% is also the same proportion of people who believe it should not be rebuilt at all (which is true across all demographics, except Scotland where 9% wouldn’t rebuild it).

Whether you think this is high or low, the number of Don’t Rebuild votes may be affected over the coming days as a counter narrative has emerged questioning why it is so easy to raise $700m in two days for a building in a city that, like London, also suffers from many social problems linked to economic inequality.

Regardless, the survey appears to draw one clear conclusion – UK residents appear to really value the posterity of historic buildings.